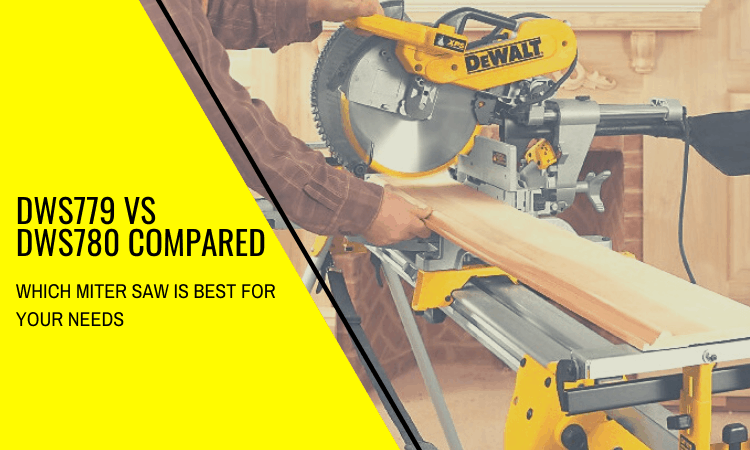 For all those who’re searching for a good miter saw, look no further. I have narrowed it down to a couple of high-quality and durable options, both manufactured by DeWalt, a well-trusted tool provider.

So, we’ve established that both DWS779 and DWS780 are good, but what makes them stand out? The first model is more suitable to users who want something more traditional, while the second version comes with top-notch technology such as the XPS LED system.

In today’s comparative review, you will find out everything you need to know about these two miter saws like their pros, cons, features, and more. 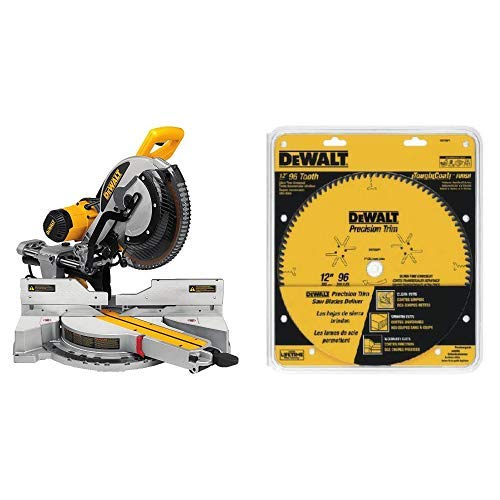 The Main Differences between DWS779 vs DWS780

The main differences between DWS778 vs DWS780 are: 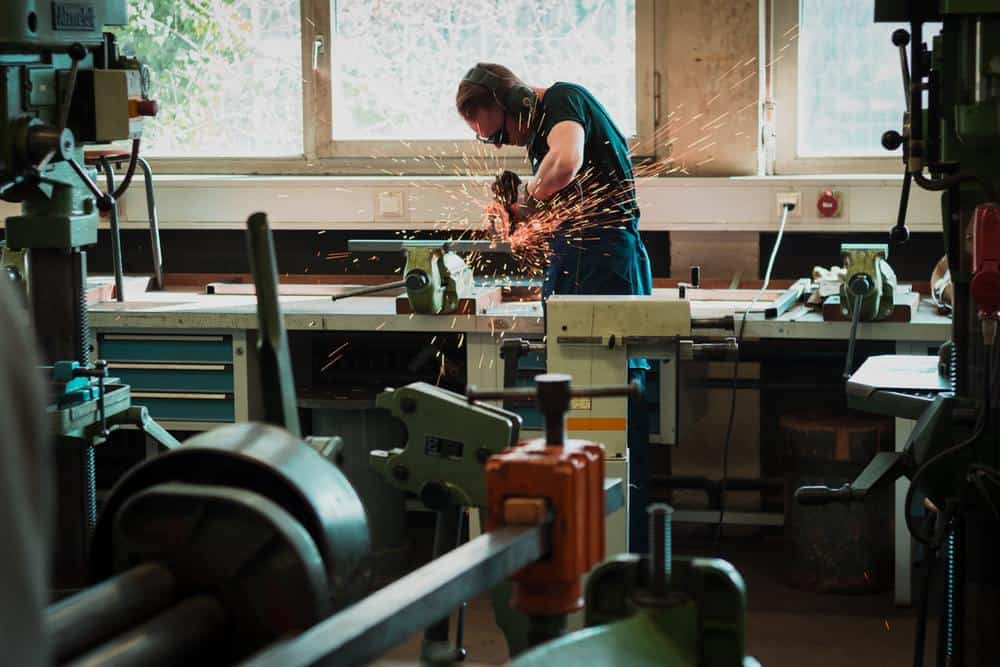 Everyone considers that the most important element of a miter saw is its engine. This part offers the tool’s performance. Therefore, you need to keep in mind a saw’s power and size to see if the machine is the right one for your projects. For instance, if your purpose is to make cuts in light surfaces, you will have to search for a not-so-powerful miter saw.

Both the DeWalt saws I am reviewing today come with a motor power of 15 amps. They are built-in circular saws created in a durable manner, and their engines deliver significant power. Moreover, the engines are both placed directly on the saws’ shaft, and they help the blades spin while reaching a speed of up to 3800 RPM. In other words, you will create quick and clean cuts on any kind of material you’re working with.

For what’s worth, both engines allow you to cut the material in one single movement. So, what I mean is that DWS779, as well as DWS780, is powerful enough and reliable.

Both DeWalt tools feature stainless steel miter plates. These blades measure 12 inches and weigh almost 60 lbs. While these two products were pretty similar when it comes to engines, in terms of blades, there’s an essential difference.

The initially-launched model features one steel blade while the second tool comes with two blades: a steel one and a carbide one. Carbide is a dense material that’s known and appreciated for its durability and versatility.

Also, carbide blades lead to cleaner and smoother cuts while also leaving sharp edges. Finally, being so sturdy, you won’t need to do a lot of maintenance because this type of blade remains sharp for a long time, which eventually helps you benefit from a long-lasting cutting tool.

The major difference that sets these two miter saws apart is given by their guide system. Although both machines have reliable laser guide mechanisms, the DWS779 model features a more traditional one.

At the same time, the DWS780 saw enables you to enjoy the benefits of an XPS system that includes a bright LED light. This light shines all the way across the blade’s length. This way, you will increase the precision of your cuts because the light and the created shadow follow the blade’s movement.

The XPS system is an extremely amazing feature due to the fact that it allows you to maintain very precise alignment. With DWS779, this is not possible at the same level because the tool can move one way or the other without keeping the proper alignment.

On the other hand, if your work environment is brightly illuminated, the saw’s LED feature can be affected because the shadows become less visible. Nevertheless, in most domestic settings, having this particular characteristic comes in handy and works perfectly.

There are two useful bonus features that both tools provide:

The fence is definitely a perk because not many cutting tools have this feature. The dust collection is one of the most important and most useful characteristics of all because cutting materials at high speeds will produce plenty of volatile residues that can negatively impact your vision while also getting into your respiratory system. Nevertheless, the manufacturer still suggests you to always wear protective gear while working with these miter saws. 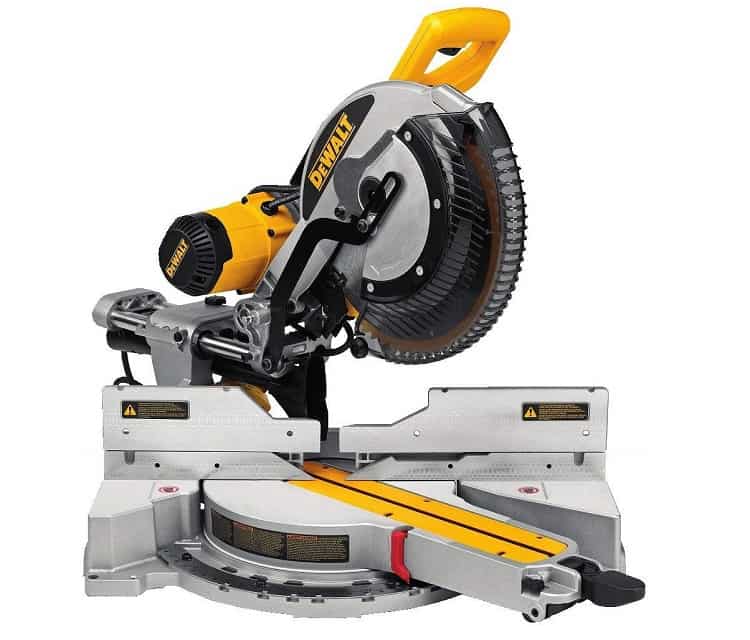 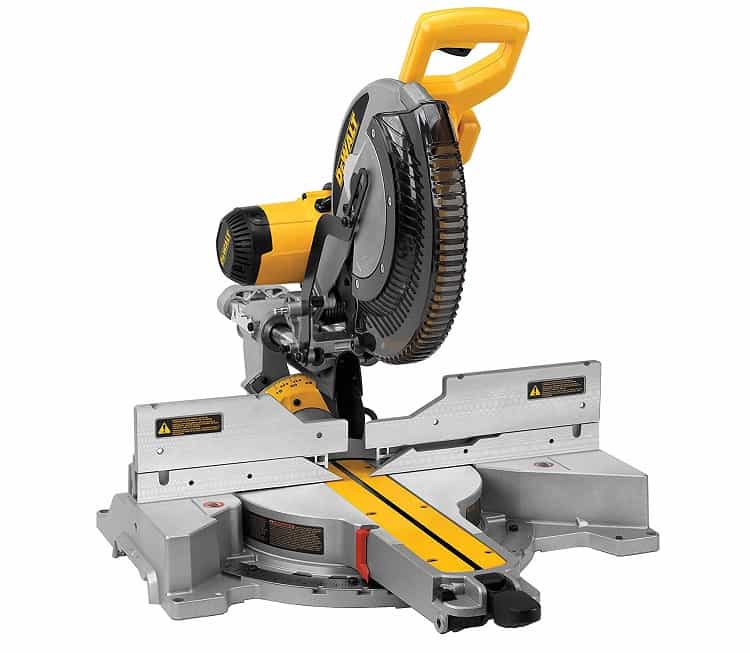 The bottom line, the DWS779 model is powerful, reliable, and cuts very smooth lines, but it can be a tad heavy. At the same time, the DWS780 version is a high-quality upgraded miter saw, but some of these tools require certain manual adjustments.

Based on the fact that the newer version of this miter saw comes with an XPS system, you should expect a pretty significant price difference that usually revolves around the value of $200. So, the DWS780 is more expensive than the previous DeWalt model. Considering that, in most other aspects, these two machines are very similar, you should first decide whether or not the laser guide system means that much for you.

Some people choose the latest version (the DeWalt DWS780) because they want to work with something more sophisticated, while many other individuals are satisfied with the more traditional DWS779 saw. Believe it or not, the XPS system represents a great addition, especially for inexperienced users, because it improves the alignment process quite a lot.

In fact, alignment is something very tricky when cutting any type of material with a miter saw. The laser feature improves your performance while also reducing the time and effort put into your projects.

After thorough research, I found out that both miter saws are linked and appreciated by most of their users. The majority of DeWalt saw owners ranked these tools highly. Well, to be honest, all these facts are no surprise to me because we’re talking about a great and reputable brand that is known for its high-quality products.

One of the things clients are happy with is the tool’s amazing level of accuracy. Most customers use their saws immediately after they buy it, so they discover its accuracy right from the start. I always recommend saw users try their cutting machine on a disposable piece of material before working on their actual projects.

Secondly, both DeWalt miter saws feature durable and visible marking gauges, and they have positive detents that simplify the process of preparing the tool and placing it in the right position for making cuts. Another element that customers find valuable and useful is the double bevel, which helps you adjust the saw easily while also reducing the time you spend on average when making complex cuts.

Another important area that offers client satisfaction is the saws’ engine. These two products are very powerful, and you can make cuts even through very tough wood. On the other hand, users aren’t as happy when it comes to the miter saws’ dust collecting feature. According to them, the bag system seems a tad ineffective.

Can You Use the DWS780 Saw to Cut Metals?

This tool was created to cut wood. Nevertheless, it has a powerful engine, and it reaches very high speeds, which make it capable of cutting through metal as well as other tough materials. Still, you will need to use specialized blades that go with every type of material you work with.

Do These DeWalt Miter Saws Come with Stands or Tables?

No, these tools aren’t marketed with stands, but you can mount them on workbenches. Still, the general recommendation is to install the saws on specially designed stands that are compatible with this kind of tool. This way, you will achieve greater accuracy and stability.

Yes, both saws are portable. They are quite compact, especially the DWS780. You will be able to move this cutting machine around without difficulty. However, if you use a folding stand that has wheels, transportation will become a lot easier.

Do the DeWalt DWS779 Use the Metric Measurement?

No, this tool uses the American measurement system. Therefore, all the units will be shown in inches.

What Is the Main Difference between the DWS779 Model and the DWS780 Saw?

These two machines are pretty similar, but there’s one thing that makes them stand apart. The latest model comes with a laser guide system that improves your overall work by making smooth, clean, and precise cuts.

Does the DWS779 Saw Come with a Laser?

No, this tool doesn’t have a laser system. The DWS780 has an LED cut line, which is why it is much more expensive than the previous version.

What Is the Best Stand for a Miter Saw?

There are several great miters saw stands that you should consider:

Bosch T4B Gravity-Rise – it is very versatile and robust while also being easy to assemble;
DEWALT DWX726 Rolling stand – it has a great portability level due to its rubber wheels, and you can use it for any type of miter saw;
DEWALT DWX723 saw stand – it is durable, lightweight, and portable but it doesn’t have wheels;
Hitachi UU240F – this stand is great for heavy-duty projects; it is made of steel, but it isn’t compatible with all miter saws.

So, which one should you purchase: DWS779 or DWS780? Considering that they have many similarities, for most people, it all comes down to these tools’ prices. The DWS779 is $200 cheaper than the following model. With that price difference, one could buy plenty of extra blades or even a very decent saw stand.

When it comes to the DWS780 saw, you basically pay those extra bucks for the machine’s XPS system, which is extremely useful. The final choice is all yours, based on your needs, the type of work you want to do, and, of course, your budget.

Alexandra has plenty of knowledge on all home improvement topics, from renovations to weatherproofing, interior design ideas, DIY projects, and more. You can rely on her expertise because her guidelines are practical and effective. So, we could say that she knows what she's talking about. Through UpDweller, Alexandra will provide you with a wide variety of handy tips and inspirational ideas that you can use to upgrade your house. Her improvement instructions are accurate and well-tested.

The Best Track Saws and How to Find Them

Dewalt DW734 Review: Everything You Need to Know!

Best Paint Scrapers: How To Find The Right For The Job